A Glorious Overhaul, an article written by Oklahoma Magazine for the Oct. 2020 Issue 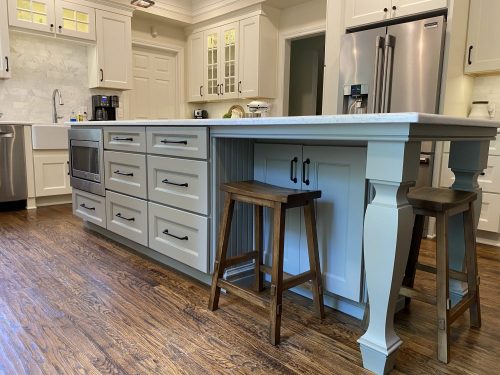 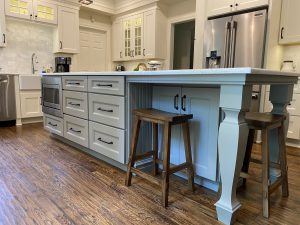 When Bill Powers entered a Tulsa kitchen for a renovation project, “I knew why I was there,” he says.  Powers, owner of Powers Design and Build had been cooking for over 60 years and designing or re-shaping kitchens for over 40.  He speaks about this area of the home with authority and experience.

“The kitchen is the most important, most expensive and most used room in a home,” he says.  “There is a science behind the creation of a kitchen.  Sometimes kitchens are just not very well planned.”  Because of Powers’ love of cooking he knows the trademarks of a good kitchen, whether it be residential or commercial.

This particular south Tulsa kitchen was beyond dated, Power admits.  “It was a poor configuration; it was an awkward kitchen.  The cabinets were outdated and not functional,” he says.  “The appliances probably had as much history as the home.  The challenge was to renovate the kitchen to accommodate the needs of the parents and their three children.”

Kitchens are, after all, the greatest gathering place for family and friends, says Powers.Fortunately the homeowners were well aware of the kitchen’s flaws and ready to make some changes.  “They were very responsive and appreciative to our workers,” says Powers.  “They helped us do a good job with the renovation.”

These savvy homeowners knew this area of the home and needed more than a fresh coat of paint and were open to a complete overhaul.  “I unified everything,” says Powers, who used subtle white and gray color schemes as a neutral backdrop.  He then added hard-scraped hardwood floors that have a centuries-old look, along with updating all the appliances.  The result is a workable and efficient kitchen that now takes center state in the home as a place that’s both comfortable and inviting.

Tell Us About Your Project.

Tell Us About Your Project.